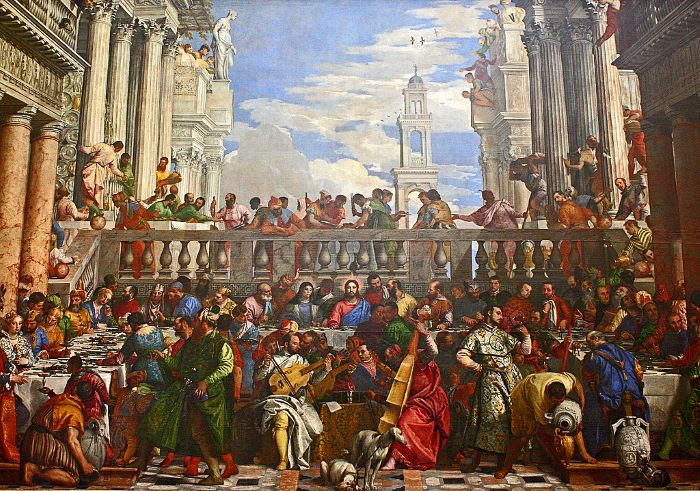 A virtual presentation by our friend Marie Claire, History of Art professor at the Ecole du Louvre, provided us with the perfect opportunity to discover the work of the Artisans du Patrimoine, a team of experts representing the very best of French craftsmanship.

First, a general assessment is made of the current state of the work. Then follows a series of steps in a set programme. Fifteen to 20 people, all internationally renowned experts, meet to decide whether a restoration is required, with the museum director or Chief Conservator making the final decision. The restoration process follows a prescribed series of interventions which ensure that the work is consistent and “readable”. The latter is particularly important as it must be clear which parts have been restored and how, in the event that new and better restoration techniques are available in the future. All work is completed according to an established “best practice” code.

The following pieces at the Musée du Louvre have undergone restoration:

SLEEPING HERMAPHRODITUS: This sculpture has undergone “integrative” restoration, where the restorer reconstructs missing elements of the piece – in this case, the mattress, pillow, and feet. Some parts of this reconstruction were completed by Bernini.

VENUS DE MILO: The first restoration was undertaken in 1821 and the second in 2010, at night on the days when the museum was closed, and without moving the statue. The suggestion of replacing the arms was raised but was ultimately dismissed by the Louvre’s Director. Just below the shoulder you can see two holes where an armlet would once have been fixed.

As for the WINGED VICTORY OF SAMOTHRACE, restored between September 2013 and early 2015, UV pho-tographic technology enabled restorers to see that the sculpture had metal structure in its interior, but that the wings were indeed made of plaster and composite materials. The yellowing paintwork or coating dating from the 19th century had to be cleaned with a watered down papier mâché solution, which was pasted onto the sculpture before being carefully scraped off with a plastic knife.

We were also presented with other examples of restoration work undertaken on painted wooden statu-ettes and compositions. We saw the full extent of these occasionally very risky operations, as with the restoration of the work CHARITY by Andréa del Sarto. Originally created using oil on wood, the painting was removed from its backing by a chemical process and transferred to canvas in 1750 by Robert Picault. Today the painting is even more fragile as a result of this manœuvre, a form of transposition that has not been practised since the 18th century.

The monumental (70m2) Veronese canvas WEDDING FEAST AT CANA was restored in situ in 1990 by a team of six restorers. Colour plays a vital role in this painting, and the restorers were able to rediscover the original colour of the cloak worn by the Master of Ceremonies (the figure in the bottom right corner of the scene): it changed from red to green. The Wedding Feast at Cana

In conclusion, this was an exciting tour of 20 works of art, which opened our eyes to the craftsmanship involved in the conservation and restoration of our fragile cultural heritage. Each restoration requires patience, ingenuity and passionate commitment: a true labour of love.