Walks on the heights of Paris, an unusual breath of the countryside! 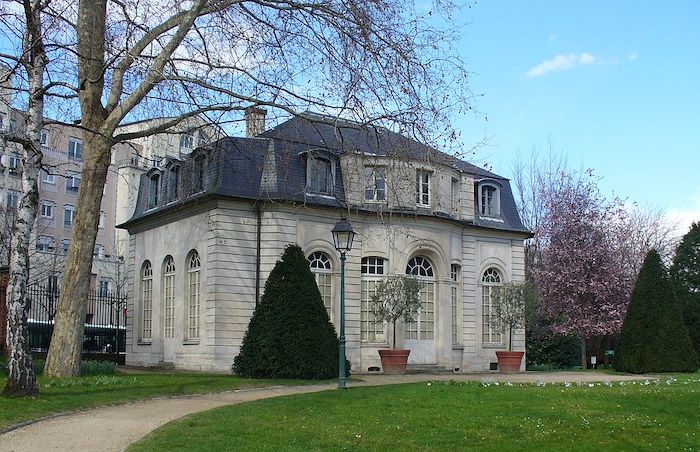 Hidden hills and villas in the 19th and 20th arrondissements

A dozen of our sporty friends arrived on time for our rendez-vous in the heart of the Pyrénées ... or rather on rue des Pyrénées, in one of these green villas part of Paris’ secrets: the Ermitage’s Villa in the 20th arrondissement.

We began our discovery of the hills of Paris by visiting one of Belleville’s former boroughs, which was previously a gypsum quarry from which plaster was extracted to build Paris’ housing. Its exploitation was banned after numerous collapses made the area dangerous for its inhabitants. These collapses also affected other hills in the capital including Ménilmontant and Montmartre.

Our group then proceeded to the Mouzaïa district known as " America’s borough" in the 19th arrondissement (at the time the most important gypsum quarry of which some of the stones were exported to the USA to build for example the White House in Washington at the end of the 18th century). It’s brick and millstone cottages are surrounded by a profusion of jasmine and other climbing plants which give this site an irresistible charm!

We then walked along Buttes-Chaumont’s park, where we had the opportunity to pay homage to Napoleon III, a true visionary who offered numerous parks to the Parisians. We could admire the titanic work of his engineer Alphand and the landscape designer Barillet-Deschamps whom together developed Mont-Chauve’s impressive 24 ha landscape which was also a former quarry with particularly rugged terrain and is now dominated by a small Belvedere inspired by the Temple of Sybille of Tivoli and which has become an delightful escape accessible to all!

But it was Butte Bergeyre which won the most admiration of our group with its superb view overlooking Paris and culminated by the Sacré-Coeur with its 100m height. The site has seduced countless artists and architects including those who still live to this day in this micro-district which comprises a small Pinot noir vineyard on one of its hills in the heart of a lush community garden.

The Church of the Madeleine Couturissime: A key moment in fashion history