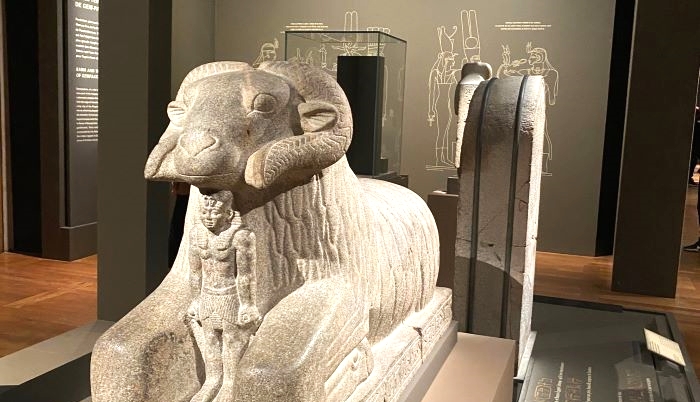 The epic of forgotten dynasties

The "Pharaoh of the Two Lands" exhibition at the Louvre Museum highlights a short period of Egyptian history, the 25th dynasty, during which the kings of the country of Kush (Nubia) dominated Egypt.

The kings of Kush were first dominated by Egyptian rulers to which they had to pay tributes in gold, ivory, cattle and spices in Memphis and Thebes. They managed to conquer Egypt which they unified for 60 years as part of the Kingdom of Two Lands: Egypt and the country of Kush (713-655 BC.) . The capital of the country of Kush was Napata, near the mountain of Jebel Barkal, in the heart of present-day Sudan. The exhibition highlights the epic of the conquest of the Nile Valley by King Pianky. The kingdom of Kush was dominated by a pharaonic ideology, art, and religion: religious objects such as the rams of Amenophis were brought to establish the legitimacy of the kings of Kush. The Osokon triad, a magnificent representation of the three most important gods in the Egyptian religion (Horus, Isis and Osiris), is a testimony of the close ties that united the two territories.

Beautiful objects such as the fragments of sculptures of the sphinx of Taharta illustrate the influence played by the Kushite holy cities of Napata, Kawa, Sanam and Djebel Barkal.

The Pharaohs were not the only ones to ensure order on the Egyptian territory; they were assisted in Thebes by the Divine Adorers, the eldest daughters of the pharaoh who was responsible for the cult of Amun. The case of the divine adorer Chepenoupet is one of the magnificent objects displayed in this exhibition.

This epic of the pharaohs of Napata, capital of the country of Kush, ends with the Assyrian invasion from the North: Psammetichus 1st then Psammetichus II embark on a conquest of the Nile valley, going so far as to ransack the Kushite holy cities.

The exhibition ends with the reconstructed statues from Doukki Gel where priests had hidden the fragments of statues of the kings of Kush after a raid by Psammetichus II. Rediscovered and restored, they are now at the National Museum of Sudan. The Kushite heritage is evoked in the opera Aida with costumes and the scenario created by the well-known French Egyptologist Mariette at the end of the XIX century.