Visit of an unusual collection of 1,500 pieces at the Hôtel de Sens 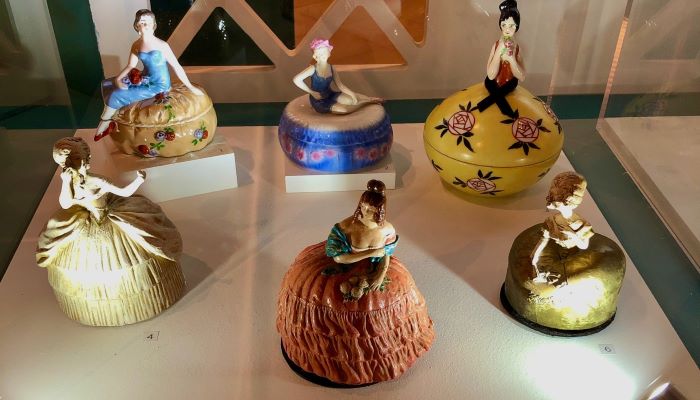 Powder compacts and boxes from the 18th century to the 1980s

Thanks to Anne de Thoisy-Dallem, heritage curator at the Hôtel de Sens, we had the chance to discover her large collection of handbag compacts and powder boxes, which are “a reflection of her taste for unusual, forgotten and poetic objects”.

Traces of beauty powder date from ancient Egypt and Greco-Roman times. From the 13th to the 16th century, white powder, colored and then scented, was first produced by haberdashers and then glove-makers and powder-makers-perfumers. It became essential within European courts. At the end of the 19th century and then in the 20th century, it was made accessible to the whole of society. The use of round boxes reserved for dressing tables in boudoirs was transformed into compacts which could be carried in small handbags both in Europe and in the United States.

This collection of more than 1,500 pieces is illustrative of the last two centuries of decorative art. It contains boiled cardboard powder boxes from the “Belle Epoque”, Baccarat crystal containers by Lalique and porcelain half-figurines from Northern France as well as precious minaudières and women’s kits made by Boucheron and Hermès. Many of us during the visit remembered with emotion the scent of the powders used by our mothers and grandmothers.

In this frivolous and whimsical universe, we could admire numerous figurative or geometric patterns designed by artists such as Raoul Duffy, Fernand Léger, or Salvador Dali.

The film which was presented the end of the visit allowed us to better understand the evolution of beauty products over the past centuries.