The Louvre Abu Dhabi: An opportunity for cultural diplomacy 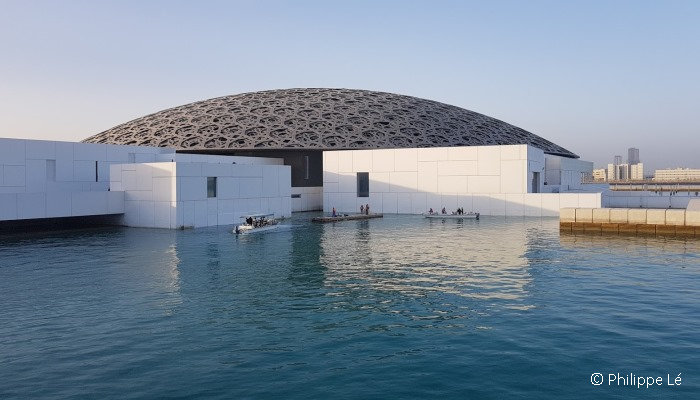 The Louvre Abu Dhabi, the Arab world’s first universal museum – a place that tells the story of humanity.

In designing a new classical art museum, the United Arab Emirates have recognised an opportunity for cultural diplomacy, creating a cultural space that will promote dialogue and openness.

On a recent trip to Paris, Olivia Bourrat, Deputy Scientific Director for the Louvre Abu Dhabi project at Agence France-Muséums, gave us an introduction to this new museum, which opened its doors to the public on 11 November 2017, ten years after an intergovernmental agreement was signed between France and Abu Dhabi. The project was coordinated by Agence France-Muséums, which brings together 12 of the most prestigious French cultural institutions, including the Louvre Paris, the Musée d’Orsay et de l’Orangerie, the Château de Versailles and the Quai Branly museum.

Designed by the celebrated architect Jean Nouvel, the Louvre Abu Dhabi seeks to be a universal art museum, where the story of humanity can be retold. The unique layout of this museum encourages visitors to make connections between civilizations normally considered to be worlds apart. We are invited to explore 12 large galleries each representing a chapter of human history. The works are presented in dialogue with one another, the objects on display testifying to the contact between different peoples. For each period, one or two overarching themes are drawn out in order to illustrate the similarities between civilisations. There are also grand galleries focusing on ancient trade routes such as the Silk Road and the Incense Route, while the Tower of Babel exhibit is an invitation to explore the interconnectedness of all our pasts. Gathering together for the first time 300 works lent from French collections (with a 10-year rotation) and 650 works already acquired by the Louvre Abu Dhabi thanks to a very active acquisition policy, the collection can truly be said to present an original experience.

The organisation that Olivia Bourrat is a part of, Agence France-Muséums, is spearheading a new form of cultural collaboration between France and the United Arab Emirates, involving expertise sharing and a policy of mutual assistance. Through the desire to share its local heritage, the Louvre Abu Dhabi, the first universal museum in the Arab world, has established itself as a centre for tolerance and cultural connection.