The Island of Slaves by Marivaux 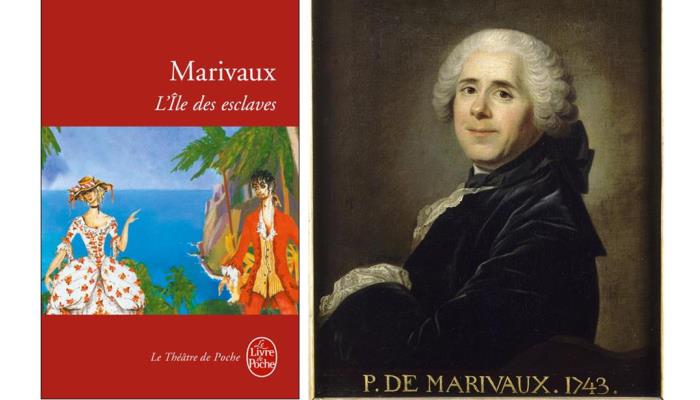 Masters and servants trade places in an enlightening role play !

Marivaux’s comedy in one act, the Island of Slaves, was performed for the first time by the Comédie Italienne on 5 March 1725. The action takes place on an island where former slaves have taken refuge, hence the title of the play. The inhabitants of the island have established a rule whereby any master who arrives on their shores must trade places with his own servant. As a result, the master is forced to examine his behaviour and attitude towards his inferior and will thus leave the island transformed. After a shipwreck, Iphicrates and his servant Harlequin find themselves washed up on the island, followed soon after by Euphrosine and Cleanthis, her maid. They are all subject to the rule of trading places under the watchful eye of the master of the island, Trivelin. At first, Harlequin takes pleasure in his new role and gets revenge for the humiliation he has previously suffered. At Trivelin’s request, the two slaves draw unflattering portraits of their respective masters. However, moved by Euphrosine’s distress and feeling uncomfortable in his new role, Harlequin forgives his master and takes back his former position. Touched by Harlequin’s generosity, Iphicrates and Euphrosine promise to make amends. The masks come off and forgiveness leads to peace and happiness. Trivelin addresses the masters with a final warning: “You were their masters and you made a terrible job of it; they became yours, and they forgave you; try and think about that.”

Marivaux puts to one side the games of love he so brilliantly portrays, in favour of social satire. He denounces the privileges of nobility, neglectful of its duties, though that is not to say that the servants are left untouched by his critique. Stripped of the clothes that symbolise their social class, each character reveals their true nature and it is Harlequin who shows that he has a truly noble heart. Marivaux subtly measures his moralising discourse, with a tone that is playful despite the harsh critique, where comedy always undercuts the irony. Without losing sight of a sense of light-heartedness, he touches on themes that herald the Enlightenment and the great upheavals/changes of 18th century French society. He went on to write two other plays that explore social issues in an innovative way, The Island of Reason in 1727 and The Colony in 1729.

We would like to thank our talented teacher, Marie-Joséphine Strich, who led us on a discovery of Marivaux’s lesser-known socially and politically engaged side.