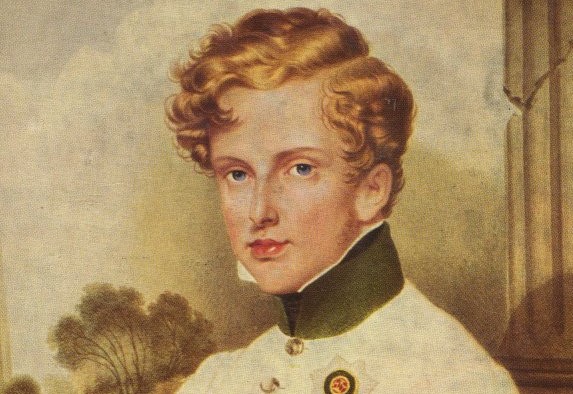 It can’t have been easy being Napoleon’s son!

Very few historians have delved into the life of the son born to Napoleon and Marie-Louise of Austria. Many are of the opinion that the only interesting thing about him is that he is his father’s son. No specific political action can be attributed to the heir to the throne despite a short stint as Emperor of the French in 1815 when his father abdicated for the second time. Officially recognised as Napoleon II, he never actually ruled France, but for good reason – the four-year-old was living in exile at his grandfather’s court in Vienna! Given the title of the Duke of Reichstadt – after a small town in northern Bohemia – the prince was staring into a future that was far from certain. Austria – or rather, the Austrian Chancellor, Metternich – decided that there was no way the son of the man who had wreaked havoc in Europe could take the throne. And yet the young prince did have some good qualities – he was handsome, good company, kind-hearted, strong-willed and politically astute. Still, he remained a thorn in the Austrians’ side: a source of hope for the Empire and its supporters, and an embarrassment for his adoptive country and the monarchists alike. Ill-fated heir to the Empire, his living martyrdom fascinated the Romantics of the time. And since his untimely death from tuberculosis at the age of 21, the legend of the Eaglet has lived on, inspiring poets and playwrights alike. In a bid to win over France after her defeat in WWII, Hitler ordered that the Eaglet’s remains be moved to Les Invalides on 15 December 1940 – 100 years to the day after his father’s had been returned. A night of mourning followed, turning the final page in the prince’s story.

Author of “L’Aiglon”, a book on the Eaglet published by Éditions Tallandier

For more information (video in French) :

Etiquette and the art of hosting à la française The energy transition: now and in the future