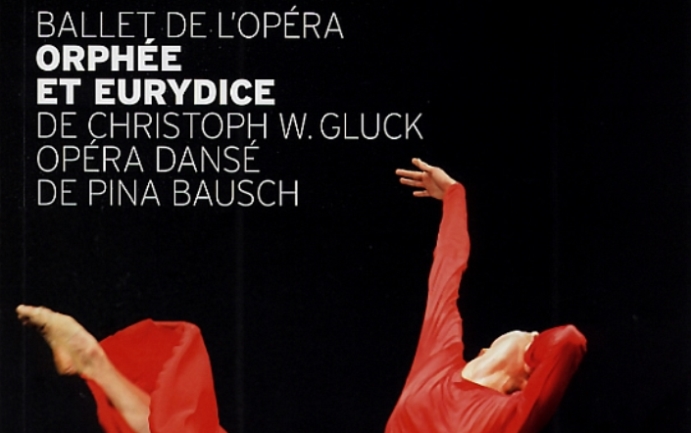 Rare because of the difficulty in securing seats for the few performances, fully-booked as soon as tickets went on sale.

Dazzling since this danced opera, the magnum opus of choreographer Pina Bausch, who passed away 9 years ago, presented a magnificent fresco of the mythological tale.

The story of Orpheus is one of the most beautiful myths in Western culture. It combines enchantment and tragedy around the unifying theme of the power of love, capable of defying the immutable laws of nature.

Orpheus was devasted after the death of his wife, the nymph Eurydice. The creatures of the Underworld were so moved by his love songs that their god Hades agreed to give Orpheus back his beloved on the sole condition that he would not look back on his way back to the land of the living. Unable to ignore Eurydice’s pleas, Orpheus turned and saw her being drawn back into the shadows forever.

This theme has long inspired writers, musicians and choreographers. In 1607, Monteverdi took on the subject for a mixed performance of music, song, poetry, dance and theatre, so giving birth to the opera form. It was the German composer Christopher Willibald Gluck’s interpretation (1762), a French version of which was dedicated to Queen Marie-Antoinette, that inspired Pina Bausch. Bausch developed the physical dimension, creating a choreography of great aesthetic beauty to accompany the song and emotion of the work’s four acts tackling grief, violence, peace and death. Each “dancing” character has a “singing” double dressed in black: one recounting the story, the other, as in Classical theatre, expressing feeling and emotion.

With simple threads hung like spiders’ webs signifying the Kingdom of the Dead, the stripped-back set transports the audience into a dream world. It is impossible not to be moved by this ballet of shadows crossing the stage like waves in their long, flowing robes, barefoot and earthly, recalling the human condition; or by the despair of Orpheus, the half-naked Classical Adonis, who cries out in agony in the famous aria: “I have lost my Eurydice, nothing can equal my distress”.

A magical moment uniting singing and dance, which was greeted with rapturous applause and was eagerly discussed after the show.

Napoleon, the strategist "How Many Years", by Marguerite Yourcenar, family history