“Marie-Antoinette, metamorphoses of an image” at the Conciergerie 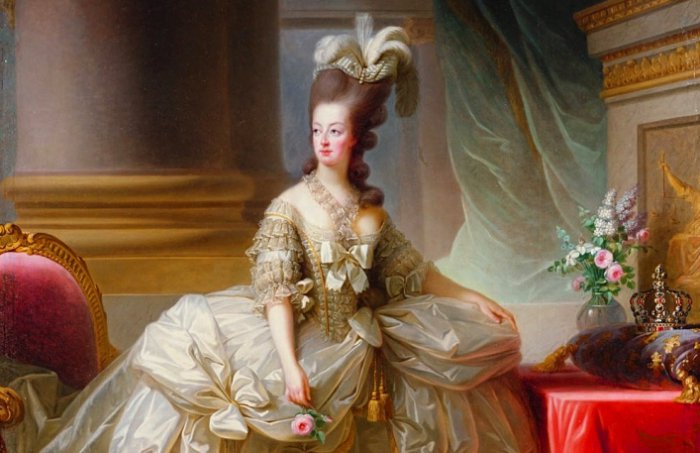 Few historic figures have been the subject of as many representations as Marie-Antoinette, both in life and in death.

Rather than go into detail about specific moments of Marie-Antoinette’s life this exhibition, shown at the Conciergerie in Paris, aims to illustrate the depictions in historical and popular imagery of this emblematic figure from 18th century France.

The exhibition begins with the final tragedy; a “corridor of death” brings to life Marie-Antoinette’s last days, imprisoned at the Conciergerie from 2 August 1793, through touching memorial artefacts. Clothes including her headdress, her tunic and a shoe, the last letter she wrote and archival documents from her trial and execution on 16 October 1793 are all on display. She was 37 years old.

Although little liked by the court and the people as queen, Marie-Antoinette, a foreigner, musician and loving mother, nevertheless continues to inspire both fascination and disapproval, the latter regarding her excessive consumption and love life. After her death, numerous accounts and biographies were written reflecting the rivalry between royalists and republicans. For some she was a martyr of the revolution, dignified until the end; for others, she was a traitor, with obscene spending habits. By the beginning of the 20th century this post-revolutionary duality gave way to more varied representations that were often characterised by an interest in her psychology. Marie-Antoinette was a public figure who was nevertheless determined to live a private life, both emotionally and physically at her hideaways, the Petit Trianon and its Hamlet at the Palace of Versailles. Elisabeth or “Sisi”, Empress of Austria, had similar ideals, and it is also tempting to draw parallels with Diana, Princess of Wales. This “humanisation” has increased over the last 20 years, gradually transforming Marie-Antoinette into a pop icon. For example, the famous portrait of her by Elisabeth Vigée Le Brun was reinterpreted by the contemporary painter Fernando Botero.

Nowhere is Marie Antoinette more celebrated than in cinema, featuring as the heroine in more than 50 films. Of note is the famous Hollywood adaptation of the biography by Antonia Fraser; its creator, Sofia Coppola, was interviewed for the exhibition. The world of fashion, and designers such as John Galliano, Christian Louboutin and Vivienne Westwood, has also drawn on the figure of Marie-Antoinette and her passion for beauty and appearances. We leave the exhibition having experienced a great mix of genres, all centred around a very modern princess who appeals to contemporary sensibilities.

“When sport became earnest and she was bereft of her crown, in her heart of hearts she became a true queen.” Stefan Zweig, Marie Antoinette: The Portrait of an Average Woman (1932)

The Sorbonne, heart of student life Degas at the Opera The stage, the dressing rooms, the lights, the audiences…. the dancers!