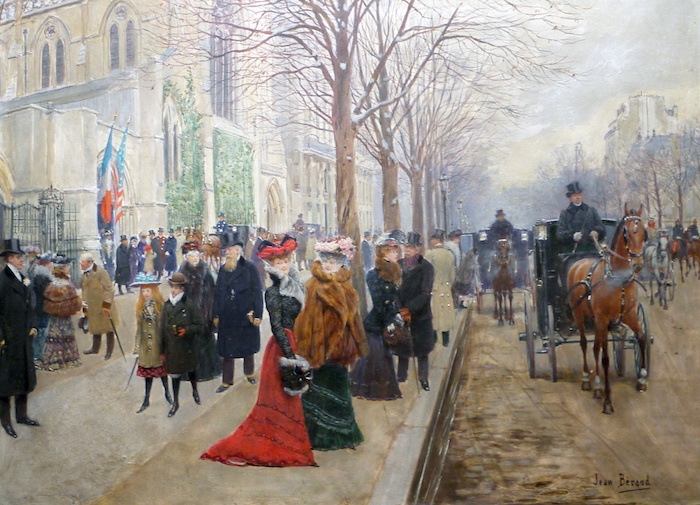 "For walkers who have time to dream and who love Paris”

Though the public health measures over the last few months have prevented us from meeting up, they have not stopped us from exploring the streets of Paris, especially when we have a guide to help us! Let Léon-Paul Fargue lead the way…

Born on 4 March 1876 on rue Coquillère in the 1st arrondissement of Paris, Léon-Paul Fargue was a very sensitive and melancholic poet, who from a young age sought refuge in his books and imagination. He died on 24 November 1947 in the 6th arrondissement of Paris. As a poet enamoured with Paris, Fargue wrote a brilliant chronicle of the capital with his famous “Piéton de Paris”, published in 1939. It is Paris that inspires Fargue’s poetic expression; the city is at once the backdrop to his art and a living being he encounters every day. In his work, the city as a mirror and as a woman lead to the creation of the city as a poem. His poetry comes alive in a motley collection of areas and places, such as Brasserie Lipp where his father and uncle designed the ceramics, or art galleries, salons, railway stations and hidden streets. And here we encounter Debussy, Ravel, Valéry, Cocteau, Joyce, Léautaud, Saint-Exupéry, Picasso, and other worldly or unknown characters.

To read the “Piéton de Paris” is to follow in the footsteps of a flaneur as he comes across the unexpected in the streets of Paris and finds meaning to life in the urban space.

On 28 November 1948, the Paris prefect put up a plaque commemorating the life and death of Léon-Paul Fargue, Parisian poet and promenader, at 1 boulevard du Montparnasse: