Artificial Intelligence : what future for humanity? 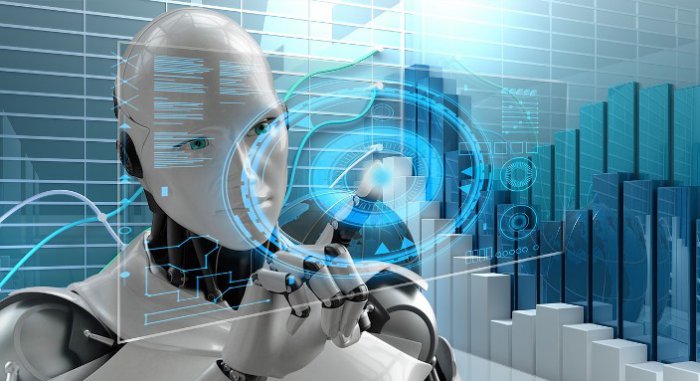 Between comfort and security artificial intelligence is becoming more and more important in our daily lives: connected objects, robotisation,health diagnostics etc But won’t mankind be overwhelmed by this technological revolution at the expense of personal freedom?

ARTIFICIAL INTELLIGENCE seeks to imitate the working of the human brain, or human logic at least, to make decisions. It enables computer programmes to undertake tasks usually carried out by people as they require some level of learning, organisation or reasoning. All of the world’s largest IT companies, including Google, Microsoft, Apple, IBM and Facebook, are currently working on AI projects. Over recent years, use of AI has soared and it is already present in finance to manage funds automatically, in medicine to assist diagnosis, in banking and insurance to evaluate the risk of loans and in defence to help with decision-making.

While the advent of the internet certainly transformed the world, AI will have an even more dramatic effect on our lives and those of the next generation. However, some fears do exist, including standardisation of thought and the domination of single thoughts.

Comprehensive surveillance already exists on mobile phones, where conversation data is stored. User protection no longer exists. AI will revolutionise our workplaces and our ways of working, remote working will become increasingly widespread. Certain professions are seriously under threat of disappearing due to their potential of being replaced by machines or computers.

Practically speaking, AI is currently used in DRIVERLESS VEHICLES. By 2020, the car industry will be transformed. Our grandchildren will no longer have to learn to drive and they will not own their own cars.

With 90% fewer cars, towns will be unrecognisable. Car parks will be turned into parks, and there will be no more vehicle collisions, saving an estimated 1 million lives. WATER will be abundant and cheap as desalination will become easier as electricity prices fall.

UBER is just a piece of software, the company does not own a single car, yet it has become the largest taxi firm in the world.

AIRBNB is currently the world’s largest hotel company and does not own a single hotel.

AGRICULTURE is also taking advantage of AI. For $100, farmers can buy a farming robot. Farming will become more of a land management profession. Also, several start-ups will begin selling insects as food that will be marketed as an “alternative source of protein”, which is a more appealing way of encouraging people to eat insects!

In HEALTH, WATSON is already used to help nurses diagnose cancer, and is four times more accurate than human diagnoses. FACEBOOK owns PATRONS, which is software that can immediately recognise diseases. Soon, medical analysis will be almost free across the world. AI will be able to detect cancer more accurately than doctors using MRI scans. In 2030, we will be able to cure cancers like we cure the flu today!

Over the next 10 years, software will start to flood traditional MANUFACTURING.

3D PRINTING enables us to produce real objects from 3D digital data. To create the object, 3D printers build up and solidify the object layer by layer. The cost of the cheapest printer has come down from $18,000 to $400 over the last 10 years and is now 100 times faster! Many major manufacturers use this technique to make shoes, parts for aeroplanes and space stations and even buildings in China. In 2027, it will be possible to use 3D printers to produce 10% of everything we make today.

Artificial Intelligence will bring about a revolution that will completely transform our society and our daily lives.

THE RISKS Some fear that machines will strip mankind of our supremacy, our jobs, and even threaten our survival. AI is not being designed to dominate or replace people, but rather to achieve a greater level of collaboration between man and machine!

Paris Town Hall In laughter and in song, a festive lunch for French classes at the Thai embassy