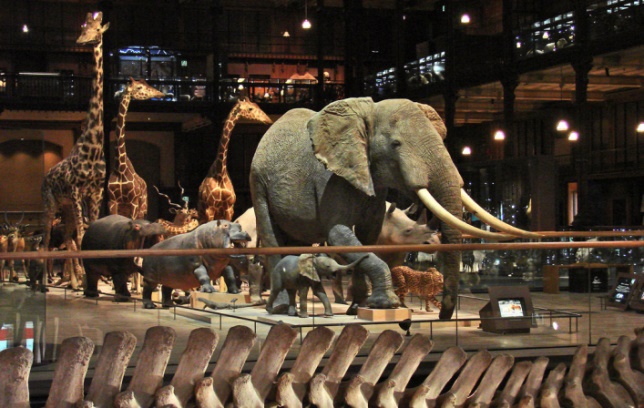 The first outing of this new group was a great success, bringing families together to enjoy a charming Sunday afternoon stroll.

We had been considering what might be an appropriate programme for the autumn/winter season when we hit upon the Jardin des Plantes in Paris’ fifth arrondissement. The successor to the royal botanical gardens created in 1635 by Louis XIII, this remarkable place, encompassing a museum (the Muséum d’Histoire Naturelle), a botanical garden complete with grand tropical greenhouses, and even a small zoo, seemed to correspond well to our vision.

It was a beautiful day and with Virginie as our leader, we began with a walk through the gardens. We learnt that there were in fact “12 gardens in one”: an alpine garden, a rose garden, an ecological garden, and so on. We continued to a visit of the Grand Serres (Grand Greenhouses), entirely renovated and refitted in 2010, raising awareness amongst the public – children and adults alike – of the fragility of our ecosystems and the importance of their conservation. Then it was on to the Muséum’s centrepiece, opened in 1994 after being closed for almost 30 years. Originally unveiled as the Galerie de zoologie in 1889, just a few months after the Eiffel Tower, the metalwork architecture is still breathtaking. Here the excited children ran from one dinosaur skeleton to the next, lingering, captivated, in front of the great cetaceans and the giant tortoise. Already two and a half hours into the day’s activities, our guests no longer needed a guide and, maps in hand, they continued the visit at their own pace.

It was a shame that we didn’t see more participants, with the unrest caused by the gilets jaunes undoubtedly affecting the turnout. We hope, however, that this article may serve as encouragement to others to play the explorer in the gardens, zoo and museum and to join in in greater numbers at our next, equally tempting outing.