Degas at the Opera The stage, the dressing rooms, the lights, the audiences…. the dancers! 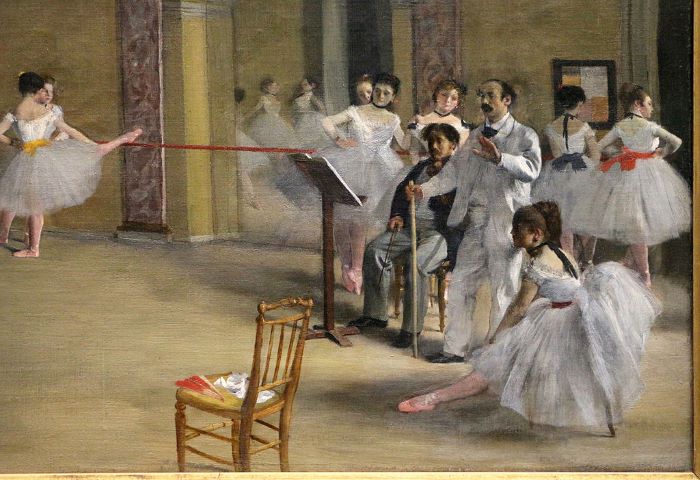 “I locked away my heart in a pink satin slipper”, said Edgar Degas (1834-1917), a confirmed bachelor who’s only known mistress was painting.

To celebrate the 350th anniversary of the Opera at the court of Louis XIV, the Musée d’Orsay is putting on an exhibition of its most beautiful works on the theme of dance. Degas considered the subject of ballerinas and their world as a “marvellous toolbox” from which he drew infinite inspiration, experimenting with different mediums to recreate the movement and the atmosphere of the theatre and its various spaces. He even turned his attention to the wings where the elite theatregoers, the subscribers, would proposition the youngest ballerinas under the watchful eyes of their mothers. The works displayed from Degas’ œuvre range from charcoals, oil paintings and pastels to prints and engravings, not to mention his passion for photography which helped him to capture precise movements in his paintings.

And what about impressionism, you might ask. Even if he favoured drawing at the beginning of his career, it is the striking colour and brilliance of the stage lights, characteristic of his later work, that catches the attention of our admiring gaze.

“Marie-Antoinette, metamorphoses of an image” at the Conciergerie Anne Hoguet, master fan maker