Calais, gateway to the Channel 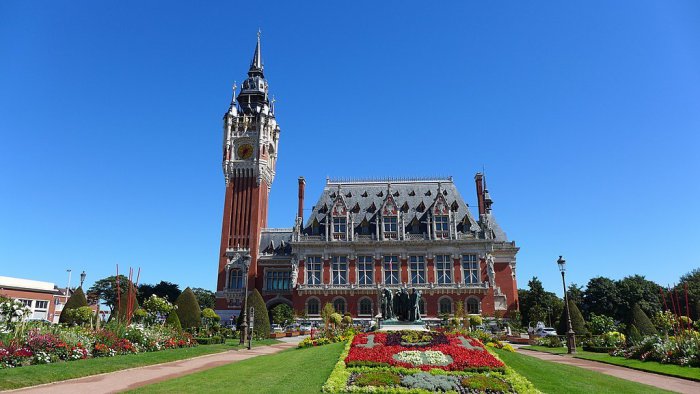 Home to a UNESCO World Heritage Site, the Belfry, and Auguste Rodin’s Burghers of Calais bronze sculptures, not to mention a world-renowned lace industry.

The imposing Town Hall and its Belfry, listed as a UNESCO World Heritage Site, greeted our eyes as soon as we pulled into the city-centre station. After a very warm welcome from the Senator Mayor, Mrs Natacha Bouchart, her deputy Mr Philippe Mignonnet and the head of culture and tourism, we went on to visit this impressive monument. Built in a neo-Flemish style, its stained glass windows depict the liberation of the city by the Duke of Guise in 1558.

In front of the Town Hall, we admired the Burghers of Calais, a group of bronze statues by Auguste Rodin that immortalise the heroic acts of six burghers during the siege of 1347 led by Edward III, King of England.

A bus tour of the city centre took us to the Grand Théâtre and the Musée des Beaux Arts, then we stopped for lunch with the city council staff in a charming restaurant serving local specialties. Delighted by the interest we were showing in their city, our hosts were happy to oblige us as we discussed all manner of subjects, in particular the issue of migrants.

Next stop was the must-see Museum of Lace and Fashion, located in one of the last large lace factories, in operation right up until the 1970s. The contemporary architecture boasts an undulating silk-screen glass façade that itself resembles lace in its representation of Jacquard cards from the Leavers looms. This 7000 m2 space is entirely dedicated to lace, from the history of handmade lace to the arrival from England of some of the first mechanical looms capable of producing the finest and most exquisite lace.

The highlight of the visit was seeing the lace weaving looms in operation, not to mention the Haute Dentelle exhibition. Offering a unique insight into the use of lace by the greatest names in contemporary fashion design, more than 60 dresses from the latest fashion shows were on display, showcasing lace’s high technicity and endless inspiration in the world of design.

We climbed to the top of the Belfry for a 360-degree view of the city, the ramparts, the port, the sea, and the city’s Christmas lights. The day ended with a visit to the Église Notre Dame, the largest and oldest church in Calais, whose origins date back to the 13th century and where Charles de Gaulle and Yvonne Vendroux married in 1921!

By Annick Sohier - Fashion and Industry - Economy and Luxury industry

With our thanks to the Cité Internationale de la Dentelle et de la Mode. 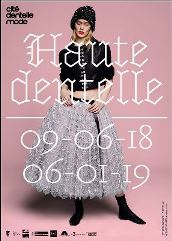