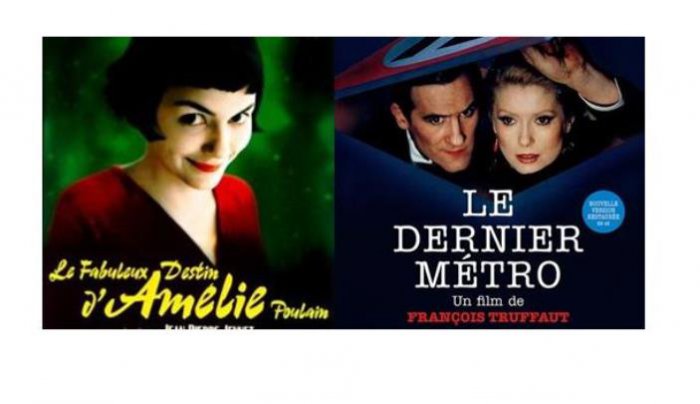 French history and culture through its cinema.

Ciné Classe is a new activity at Bienvenue en France. It takes place once a month and was created to give members an opportunity to improve their language skills whilst getting to know more about French history and culture through its cinema. It is not strictly speaking a cinema club, since we don’t show the film in its entirety. Instead we pick out certain key sections and then ask the group questions about their understanding of the plot and dialogue. To prepare themselves for the sessions, the students receive ahead of the showing an email with a link to the film’s trailer, together with a short synopsis.

Our first meeting in October was based around the film "Amélie". We chose it because of its success amongst an international audience, as well as its Parisian setting. In the extracts we had chosen we introduced a few classic French characters and explained certain tricky vocabulary and grammatical constructions. Around 14 people participated in this lively workshop, at the end of which we distributed a number of documents allowing attendees to go back over the topics covered, learn more about certain subjects and prepare for the next session with a number of exercises.

For the second meeting, we chose "The Last Metro" since it features two internationally renowned French actors, Catherine Deneuve and Gérard Depardieu, and also sheds light on an important historical moment. It takes place during the Second World War and deals with important themes such as the lives of French citizens under the German occupation, the French Resistance, antisemitism and life in the theatre.

We had fewer attendees than at the first evening, but they were nonetheless a very interested and attentive audience – it appears we have attracted a faithful following. The next film, to be presented in January, will be "Two Days in Paris", a contemporary light comedy that brings out the humour in the trials and tribulations of an inter-cultural, here Franco-American, relationship.