A virtual visit to Russia 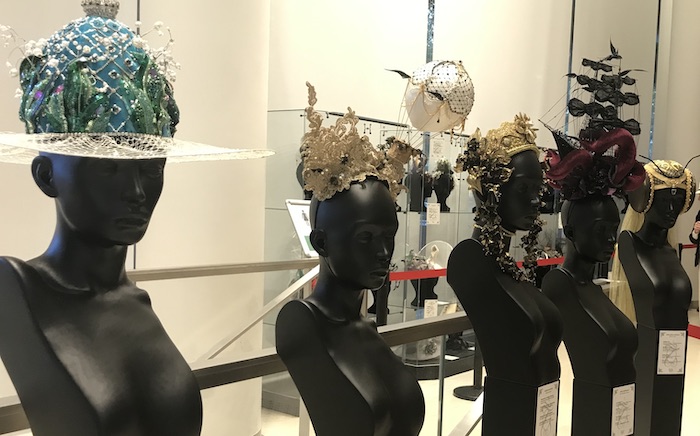 We managed to cross borders despite the sanitary restrictions. The travel was easy on September 22nd 2021. We only had to present a sanitary pass to enter the Orthodox Russian Cultural and Spiritual center located at Quai Branly. Mrs. Galina MESHKOVA, spouse of the Russian Ambassador in France offered us an original and moving program.

This program allowed us to discover an extraordinary hat exhibition designed to pay homage to Karl Fabergé who was the Russian Tsars’ jeweler. This exhibition comprised more than one hundred hats created at the time by contemporary hatters and milliners, most of them Russians. These hats were richly decorated with imperial eagles, painted eggs of all sizes and colors as well as semi- precious stones inlaid embroidery. These artistic pieces could have been worn by Marie Antoinette.

Homage was also rendered to Saint-Exupéry. Mrs Ludmila Drobitch who is the director of the Franco-Russian children theatre in Paris presented us to a blond « Petit Prince » surrounded by adolescents dressed as cosmonauts. All of them spoke Russian. The presentation was moving and made us understand the broad ramifications of Saint-Exupéry’s literacy creation and its profound influence on Russia and other countries.