A Day with Rosa Bonheur at Chateau de By 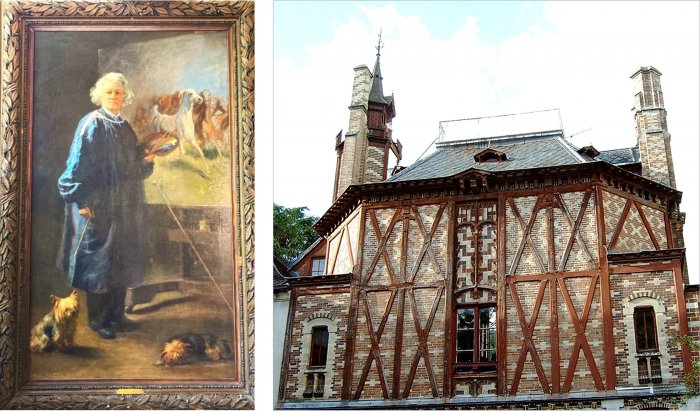 One of the greatest animal painters of the 19th century

Rosa Bonheur, whose bicentenary we commemorate this year, was an artist of great renown during her lifetime. After a period of relative oblivion, her life is celebrated this year with several major exhibitions, in Bordeaux in April, at the Chateau of Fontainebleau in June and in the fall at the Musée d’Orsay.

At 37, Rosa Bonheur acquired the Chateau de By where she lived and set up a large studio. In the park we could find very unusual animals: lions and bison! She painted them and joined an animal artistic movement which was less popular in France than in the Anglo-Saxon world.

Rosa Bonheur had a strong personality: single, with short hair, smoking cigars, wearing trousers (she had to obtain permission from the Prefecture!). She was also a friend of Empress Eugénie who decorated her with the Legion of Honor, (first woman to receive this decoration). She was also presented to Queen Victoria and welcomed Buffalo Bill in her home!

Pressed for orders, she acquired an international reputation. The famous "Horse Market" was offered by billionaire Cornelius Vanderbilt to the MET in New York.

We were welcomed at the Chateau de By by the Director who revived this residence now open to the public. She showed us the artwork discovered in the house as well as moving documents.

Before returning to Paris, we stopped in Barbizon, a famous artists’ village which was a melting pot of pre-Impressionism in the 19th century. The curator of the small museum "L’Auberge Ganne" told us about the joyful life of these artists who were attracted by nature and the Forest of Fontainebleau.